Contact Your Senators to Support VALUE THEM BOTH Amendment

On Tuesday morning, Jan. 19, the Kansas Senate Judiciary Committee gave its approval to SCR 1602, also known as the VALUE THEM BOTH Amendment to the Kansas Constitution. The Amendment now awaits consideration by the full Senate very soon.

All major pro-life organizations in Kansas unanimously agree that the current text of the amendment should not be altered and that the amendment should be considered by voters at the August 2022 election. All attempts to change the language or move the date of the election are poison pill amendments meant to weaken VALUE THEM BOTH’s effect or hurt its chances of passing.

If VALUE THEM BOTH’s existing language is not approved by the legislature and voters, all current limits on the abortion industry will likely be removed. Abortion up to the moment of birth and paid for with tax dollars will likely become legal. An abortionist could have access to a teenage girl without her parent’s knowledge.

The stakes are incredibly high and opponents of VALUE THEM BOTH have already said they will offer the previously mentioned poison pill amendments. We must act fast.

Please contact your State Senator, even if you have done so already, and urge them to vote in favor of the VALUE THEM BOTH Amendment, without any changes to the text, and place it on the August 2022 election.

Please fill out the form below and click the green button to send a pre-written message to your Kansas Senator to urge them to vote “yes” in favor of the VALUE THEM BOTH Constitutional Amendment. It’s quick and convenient and in just a few clicks you can message your senator and encourage pro-life friends and family to do the same by sharing on social media. 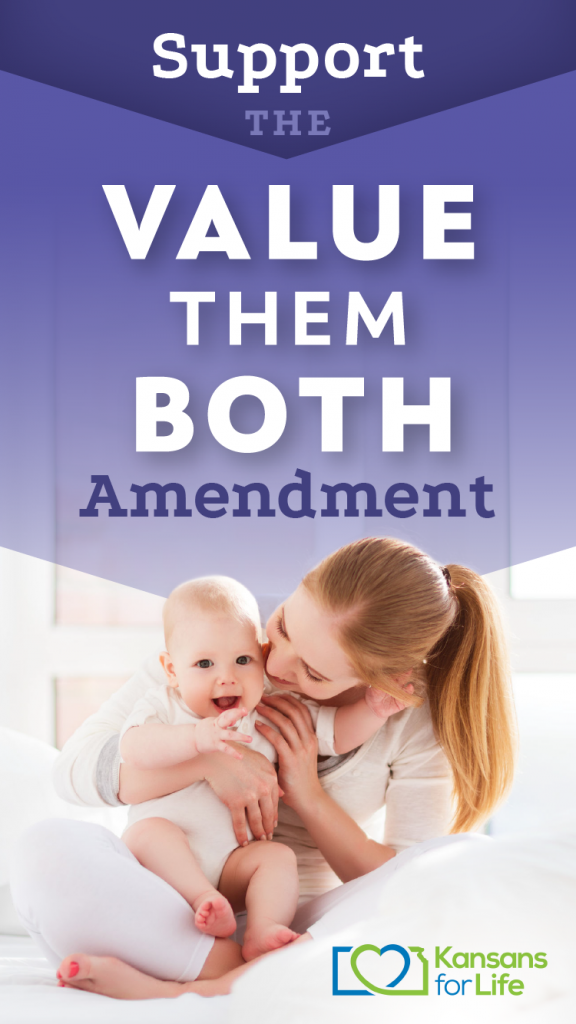