With recent National and State Emergencies being declared to minimize the spread of the COVID-19 or coronavirus, access to the state Capitol has been limited. The legislature has been taking steps to pass a somewhat basic budget and return home for an extended period. While this would certainly have an impact on KFL’s legislative agenda, the health situation does call for immediate action on the state budget. We encourage legislative leaders to take decisive action to close down business as soon as possible.

Our legislative team has been staying in contact with legislative leadership as matters develop.

VALUE THEM BOTH Update: Opponents’ Deception – Reps. Hineman and Hodge

The VALUE THEM BOTH Amendment, the most important pro-life measure of our generation, was approved by the Kansas Senate, but fell four votes short in the Kansas House. Four House Republicans and all House and Senate Democrats opposed the amendment. For an overview of the amendment, please click here.

The members of the legislature who voted against the amendment have certainly been hearing from their constituents (Keep it up!). They have received countless phone calls, emails, letters, social media inquiries, requests for meetings and frustrations expressed at town hall and other public meetings. As a result, like many politicians with records supporting abortion, they appear to be sidestepping the issue.

Rep. Don Hineman, at it again…

One example of a legislator running away from his vote against the VALUE THEM BOTH Amendment has come from Rep. Don Hineman (R-Dighton), the presumed leader of the four House Republicans who voted against VALUE THEM BOTH. Hineman took steps this week to introduce his own Constitutional 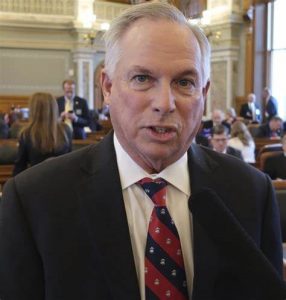 Amendment with alternative language and placement on the ballot in November.

As you are likely aware, all of the major pro-life groups in the state support an August election. August gives pro-lifers the best chance of successfully passing the measure on a public ballot.

It is Planned Parenthood and other abortion supporters who have pushed for a November election. The abortion industry will spend untold amounts of money on this election. Key members at the Capitol have told KFL’s legislative team that the abortion industry wants the measure on the ballot in November as they believe it could help bolster the chances of pro-abortion Barbara Bollier being elected to the open seat for the US Senate.

Hineman is trying to hide from the fact that he is likely the single, biggest reason why the VALUE THEM BOTH Amendment has not passed.

“Hodge Dodge” on his vote for Taxpayer Funded Abortions

Rep. Tim Hodge, a Democrat from Newton, attempted to amend language that would “ban taxpayer funded abortions” onto a couple of different bills last week.

On its surface, some might think his amendment is a real attempt to stop taxpayer funded abortion. In reality, Hodge is using political theatrics to try to cover up his vote against VALUE THEM BOTH. 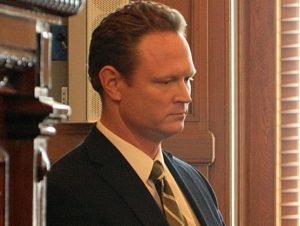 Hodge is aware that Kansas already has a 2013 ban on the use of state taxpayer/Medicaid funds for abortion. It was also made clear to him on numerous occasions that, since recent court rulings have “discovered” a right to abortion in the Kansas Constitution, this law will likely be struck down. In fact, eight states have had their taxpayer funding bans struck down after their courts issued a ruling similar to that of the Kansas courts. These states are: Alaska, California, Connecticut, Massachusetts, Minnesota, Montana, New Jersey and New Mexico. It’s not a matter of “if” but “when” this will be coming to Kansas.

With the likelihood of the state’s Medicaid program soon paying for abortions due to court rulings, KFL has been working to ensure any expansion of Medicaid eligibility does not become a new funding stream for the abortion industry. 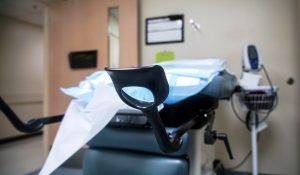 This past Tuesday, March 10, the Senate Public Health and Welfare Committee once again held a hearing on the connection between Medicaid Expansion and abortion. The meeting featured Dr. Michael New of the Charlotte Lozier Institute regarding his analysis of how Medicaid Expansion has increased taxpayer funded abortions in other states.

Dr. New predicted a significant increase in Alaska’s abortion rate prior to the state expanding Medicaid eligibility (note: Alaska has publicly funded abortions after their ban was struck down when courts found a “right to abortion.”). Alaska saw a double-digit increase in taxpayer/Medicaid funded abortions after Expansion. Kansas is projected to see similar results if the legislature passes Medicaid Expansion, without passing the VALUE THEM BOTH Amendment first.  For more information on why pro-life Kansans should oppose Expansion without the VALUE THEM BOTH Amendment, please see the following article by Dr. New.

To be clear, a vote for Medicaid Expansion without VALUE THEM BOTH, is a vote for taxpayer funded abortions. Legislators are being educated in this fact every day.

Our legislative team will be sending out updates and call-to-action alerts as needed. Until then, please keep us and all elected officials in your prayers.