Kansans for Life is pleased to see that even the Kansas City Star supports the effort to place a state constitutional amendment to reverse the Kansas Supreme Court’s ruling in Hodes and Nauser v. Schmidt before voters.

The ruling cleared the way for an unlimited abortion industry in our state.

While we strongly disagree with the Star’s support for lax abortion laws, we do agree that the Kansas Legislature should allow the people to have a voice in this process.

For more information on the amendment, please visit our legislation page. 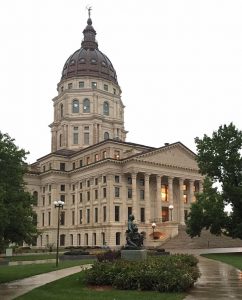 Does Kansas need a constitutional amendment on abortion? Let the voters decide

BY THE KANSAS CITY STAR EDITORIAL BOARD

Precious little unites all sides in the abortion debate. But giving Kansas voters the power to weigh in on the matter should.

In a landmark decision last April, the Kansas Supreme Court ruled the state’s constitution protects a woman’s right to abortion — limiting legislative power over it and putting existing state restrictions on it in serious question.

Abortion opponents in the state are hoping to place a constitutional amendment on the ballot in 2020 that would re-empower legislators to pass reasonable restrictions on the practice and protect laws already in place.

Planned Parenthood supporters testified against the amendment before a special legislative committee Wednesday, a day after supporters had testified for it.

Regardless of one’s view on the issue, a public vote on it would be a healthy exercise of that beautiful thing we call American self-governance. For abortion opponents, it would also be the very plebiscite they’ve said they’ve longed for since the Roe v. Wade decision in 1973.

Should an amendment ultimately be written, it would still have a long and arduous gestational period of its own. Two-thirds of both the state House and Senate would have to approve it during the legislative session beginning in January, and then it would have to pass a majority vote of the people to be added to the state constitution.

The Star’s Editorial Board supported the Kansas Supreme Court’s ruling which, as the 6-1 court majority noted, affirmed a woman’s inherent right “to make her own decisions regarding her body, health, family formation and family life — decisions that can include whether to continue a pregnancy.”

At the same time, we should all recognize, as Wichita Republican Rep. Nick Hoheisel points out, “At the end of the day, it’s the people’s constitution. It’s the people’s right to decide this issue.”

Of course, the public debate over such an amendment must be civil, fair and constructive.

“We simply want back the status quo,” Kansans for Life director Mary Kay Culp told The Star — which, she says, is the ability of legislators to legislate on the issue.

How the proposed amendment is crafted will be a critical question, though. State Rep. John Carmichael, a Wichita Democrat and member of the Legislature’s Special Committee on the Judiciary considering the proposal, rightly suggested that if the amendment included exceptions for the mother’s health as well as for rape and incest, “then the chances for success in the Legislature might be better.”

Absolutely, though it’s unclear whether a constitutional amendment expressly conferring authority to regulate abortion would need to be that specific.

The debate is already on.

“A constitutional amendment taking away this individual right is extreme and unnecessary,” Planned Parenthood said in a statement Wednesday.

“We look forward to an open debate on this important issue,” says Jeanne Gawdun, senior lobbyist for Kansans For Life.

Interestingly, in Missouri the roles were flipped in the abortion debate: Abortion rights supporters were the ones who wanted a public vote on the state’s new ban on most abortions after eight weeks. Their effort to force a statewide vote was blocked by the maneuverings of top state officials — an outcome that abortion opponents were fine with.

In Kansas, it’s abortion rights supporters who are fighting a public vote.

Neither side can have it both ways, and shouldn’t want to.

Both should support the vote in Kansas, and should relish the vital exchange of views that ensues.